The commander of Russia's Peter the Great nuclear-powered cruiser had to conduct a non-standard maneuver during the passage of the English Channel. The Russian cruiser had to scare off a British  vessel that appeared to be too curious. 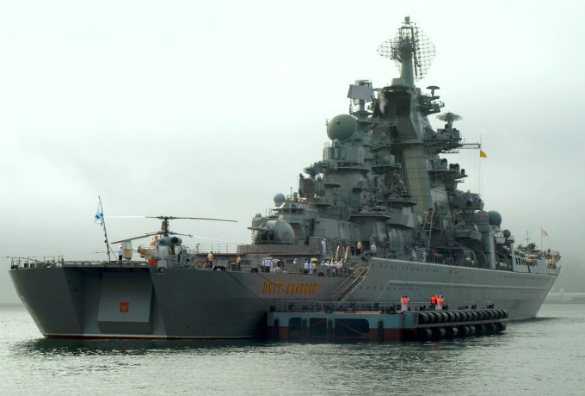 A Russian squadron was accompanying the Admiral Kuznetsov aircraft-carrying cruiser, when a British destroyer wedged into the group of Russian warships.

The Russian military, in an attempt to avoid a pre-emergency situation, decided to push the Richmond destroyer aside. To do this, the 250-meter Peter the Great first appeared in front of the ship of the Royal Navy before wedging between the Richmond and  the Admiral Kuznetsov. The curious Englishmen had no choice but to retreat to a safe distance.

Noteworthy, the UK spent as much as 1.4 million pounds for only one operation to control the movement of Russian ships in January of this year.