The embarrassing situation that took place during the official ceremony with the participation of US President Donald Trump and Prime Minister of Montenegro Dusko Markovic, was explained fly officials from both sides. 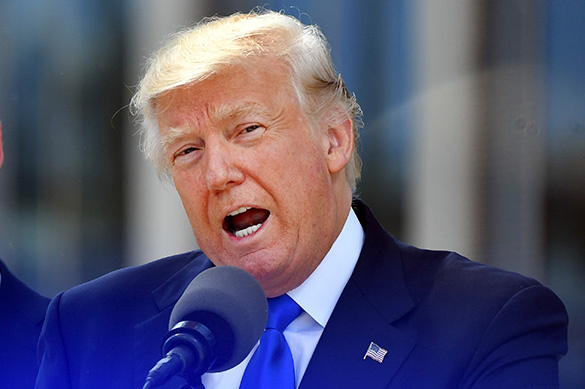 In a video of the incident, a group of leaders is seen walking together. At one point, Mr. Trump grasps Markovic's right arm and pushes past him to get to the front of the group. Markovic appears surprised but smiles and pats Trump on the back.

According to Markovic himself, he did not notice anything criminal in the situation. In his opinion, it is natural for the US president to take the front row for a group photo. White House representative Sean Spicer did not see anything strange in the situation either. He suggested that Trump, knowing the order of the arrangement in the official photo, simply took the place that he was supposed to take.

"Trump, of course, did not push Montenegrin Prime Minister very gracefully at the NATO summit, but he could visually show the country's real place in the alliance," the senator tweeted.