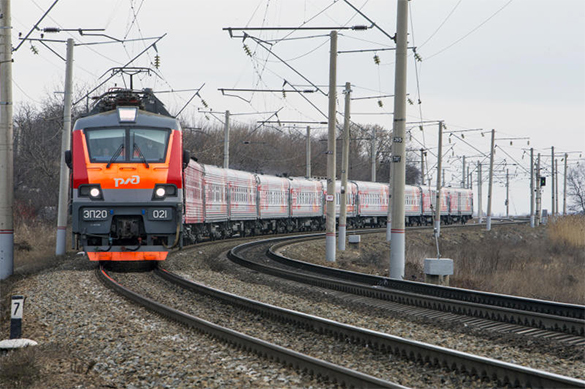 Ukraine intends to terminate railway passenger traffic with Russia. Restrictions can be introduced as early as in July of this year. Kiev has not made an official statement on the subject yet, but the idea is being actively promoted by Secretary of the National Security and Defence Council of Ukraine,  Alexander Turchynov and Verkhovna Rada Speaker Andrei Parubiy.

According to the Kommersant, Ukraine will terminate railway communication with Russia over the unwillingness of the Russian side to suspend the railway transportation of passengers from Donetsk.

It is worthy of note that Ukraine cut cargo transportation with Russia in the middle of May.

Ukraine's Minister for Infrastructure Vladimir Omelyan denied the reports. According to him, the Ukrainian government does not consider an issue to terminate railway communication with the Russian Federation.

Earlier, Russia's Minister for Economic Development, Maxim Oreshkin, said that Russia filed a comprehensive lawsuit against Ukraine at the WTO.

"It goes about prohibitions to import Russian meat and dairy products, fish, wine and vodka products, equipment for railways, fertilisers, and many other goods from Russia ... We also classify restrictions on operations with the Ukrainian currency, as well as restrictions for the accreditation of Russian journalists," Oreshkin said at the meeting of trade ministers of APEC countries.