First Black Hawk helicopters of the US Army arrived at Powidz airbase in Poland (Wielkopolskie Voivodship). 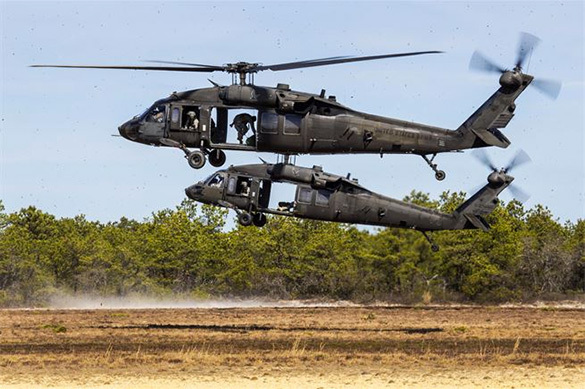 According to Defence24.pl, three UH-60L Black Hawk helicopters and 50 servicemen arrived to signify their presence at the airbase.

In addition, other aircraft of the US Army will arrive in Poland during the coming weeks. Powidz, Poland's largest military airfield - is expected to accept AH-64 Apache assault helicopters and CH-47 Chinook heavy transport helicopters.

A group of 80 helicopters and about a thousand servicemen will be stationed at the Polish airfield in Powidz to support the tank brigade that arrived in the country on 14 January.

US troops arrive in Poland within the scope of Operation Atlantic Resolve. The brigade will stay in the country for nine months. American forces are going to be deployed in the country permanently rotationally.

It is assumed that American servicemen will participate in military exercises with European allies. The combat group includes about 3,500 military men, 87 tanks, 18 self-propelled Paladin howitzers, more than 400 Humwee and 144 Bradley vehicles.