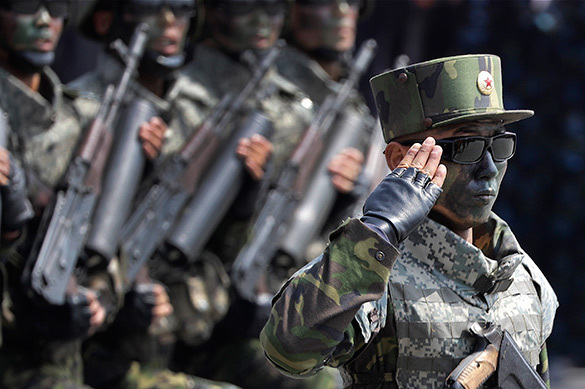 The nuclear test is likely to take place from April 25 to May 9, the Institute says with a reference to the data received from the North Korean nuclear test site in the vicinity of the village of Pungė-ri. Most likely, the North Korean military are waiting for an order from Pyongyang, experts say.

It is worthy of note that South Korea is to elect its president on May 9.

"The Ministry of Defense and the Pentagon have exchanged information saying that North Korea will conduct a nuclear test on Tuesday to commemorate the 85th anniversary of the North Korean army. Judging by preparations, North Korea works on an underground 0.5 megaton explosion," sources at military telegram channels write.