The French presidential candidate Francois Fillon has claimed that the main task of Paris was to prevent a global conflict. In particular, the one between Moscow and Washington. He noted, that France would conduct an independent foreign policy. 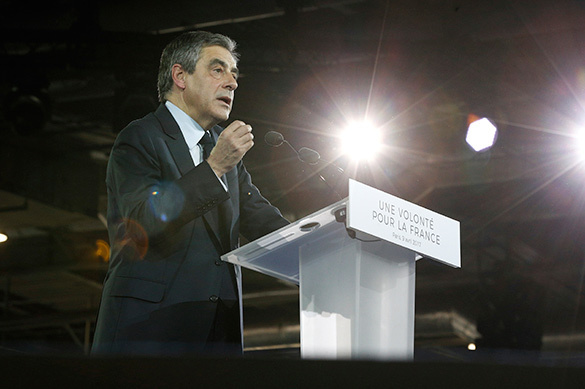 The politician believes that for the moment main threat in the world is Islamic totalitarianism, which has been dispersed because of the US faults.

Before that Fillon stated that France would initiate creation of an alliance with Russia's participation to combat radical groups.

The US-Russia relations have meanwhile deteriorated given events in Syria. Moscow keeps supporting authorities of the country in their struggle against terrorism, while Washington keeps accusing the Syrian military of a chemical attack without any grounds.

The US permanent representative to the UN also threatened Russia with sanctions.