Indonesia will not buy Ukrainian BTR-4 armoured personnel carriers. The country refused them in favour of deliveries of the Russian, Turkish or South Korean armmoured equipment. Last year the BTR-4 were delivered to Indonesia to undergo testing. However, as it turned out, they had deficiencies. The Indonesian military was discontented that the vehicle dug in while moving through the water. 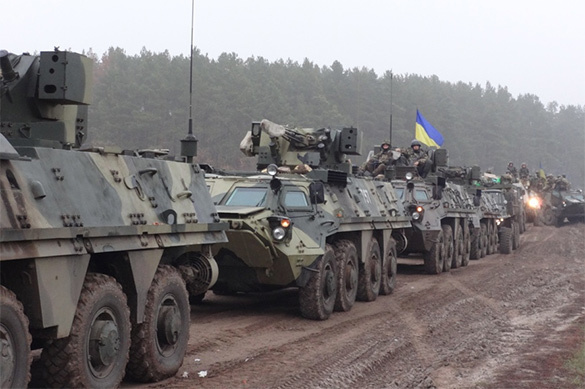 And that is not the first such case. Some years ago the Iraqi army refused a party of Ukrainian equipment, having explained that there were cracks in the frame. The BTR-4 was rejected. As a result, Iraq decided to purchase the Russian BTR-82.

In the beginning of the year the Thai authorities decided to break a deal with Ukraine on supply of the Oplot tanks. The reason was Kiev's not meeting its obligations on delivery of equipment. It was expected, that Ukraine would hand over 49 tanks by October 2017, however it was delayed. The Thai Ministry of Defence preferred China then.

Beside that, India has agreed upon purchase of 12 Dornier upgraded reconnaissance aircraft, which are producd at a local enterprise, having put an end to prospects of the Ukrainian An-148MP patrol aircraft.

Lithuania refused buying any equipment in Ukraine. As they claimed, Ukrainian equipment does not meet requirements and standards of the NATO.

As Pravda.Ru reported, Ukraine equipped its army with outdated equipment. The Defence Ministry allowed special forces to use Maxim gun of 1910 for fight in Donbass.

Before that, Ukraine also used to get old equipment. Last year the country bought some dozens of the British Saxon armoured carriers, which were designed in the 1980s.

While in early March NATO claimed that they would deliver written-off vessels to Ukraine.