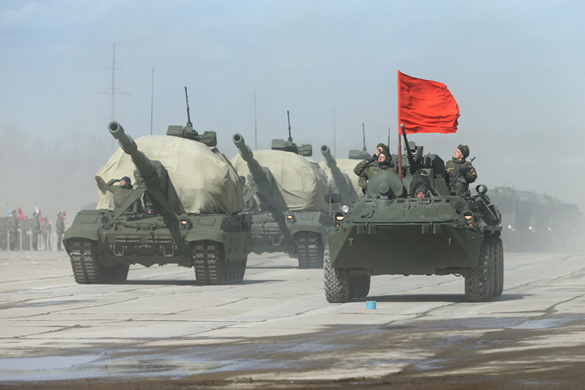 According to the report from the Central Military District, the armored vehicles were involved in the maneuvers in the foothills of the Eastern Pamirs.

The firepower of the BTR-82A was increased by 30-mm aircraft cannon. Targets were struck at distances of 1,200 and 1,700 meters in the complex terrain and 4.5 kilometers of serpentine roads with steep climbs and descents.

The 201st base has received more than 400 new models of weapons and equipment in the last two years: modernized T-72 tanks, several types of unmanned aerial vehicles and heavy-duty trucks.