Why is Rex Tillerson coming to Moscow? 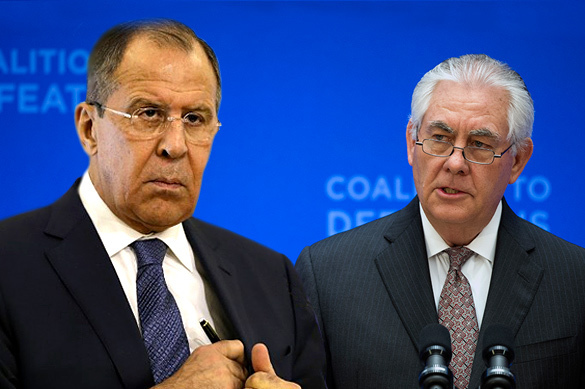 Before the trip to Moscow, Tillerson decided not to attend the meeting with foreign ministers of NATO member countries in Brussels on April 5-6 (US Under Secretary of State for Political Affairs Tom Shannon will take part in the meeting instead).
It was also said that Tillerson hoped to hold a meeting with President Putin in Moscow as well. However, representatives for the Russian Foreign Affairs Ministry provided no information on the matter.

Sergei Lavrov and Rex Tillerson will discuss the crises in Ukraine and Syria, the situation around North Korea, as well as the struggle against terrorism and bilateral relations. The officials will also discuss "the need to eliminate numerous irritants in the bilateral relations," such as, for instance, arrests of Russian citizens abroad.

The Russian Foreign Ministry hopes that the visit of the head of the US State Department will help take the Russian-American relations on the trajectory of sustainable development and raise the level of mutual understanding.