US demands to arrest Ukrainian VIP-officials

Head of the Ukrainian National Bank Valeriya Gontareva has come to the attention of law-enforcement bodies. The National Anti-corruption Bureau has carried out searches in the National Bank given embezzlement of billions of hryvnias. 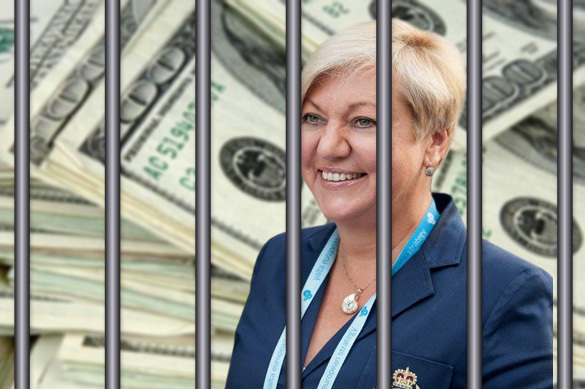 Money was allocated for refunding of a number of banks. Gonareva will face a trial. It is known that incumbent officials are under investigation on demand of the US partners, who are fed up with promises of the Ukrainian authorities to reinforce fight against corruption. And Petro Poroshenko will not manage to get off the hook even his inner circle.

On 29 March the Ukrainian National Anti-corruption Bureau along with Special Anti-Corruption Prosecutor's Office searched the National Bank given bankruptcy of the Paltinum bank. Criminal cases to be launched.

As Artem Sytnyk, Head of the Ukrainian National Anti-corruption Bureau, claimed 'such huge flows could not do without participation of the National Bank authorities.'

The US special services, and the FBI in particular, are interested in Gontareva, a well-known Ukrainian journalist Aleksandr Dubinskiy wrote on his Facebook page. The aim of investigation according to him is to hold responsible those guilty of stealing financial aid from the US and the IMF and find out where that money was transferred.

In particular, all the operations of a range of banks with the Austrian Meinl and Winter are being investigated.

An influential MP of the Poroshenko's party and a business partner of the President Igor Kononenko will also be tried.

The US representatives demand Ukraine to create an Anti-Corruption Court which would conduct such trials promptly and impartially.