The US Air Force's strategic reconnaissance aircraft RC-135W has not managed to carry out yet another surveillance flight at the Russian border because of technical problems on board. It is evidenced with data of the Western websites which track movement of military aviation. 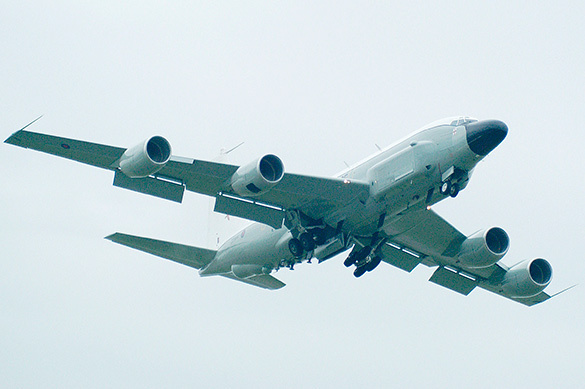 As it has become known, the reconnaissance aircraft has taken off from the Mildenhall airbase in Great Britain. However, a problem connected with pressurization has occurred just another moment. Thus, instead of spying on the Russian borders, the pilot had to circle at the height of about 1,500m to burn up excess fuel. Then he managed to land.

Reconnaissance flights at the Russian borders have been conducted by this aircraft almost daily. They are carried out in the south of the Baltic States, the fighter flies from Poland and the Baltic Sea. Flights at the northern frontiers of Russia in the area of the Barents Sea also take place sometimes.

The plane was registered near the Russian border in the area of the Baltic Sea in late January 2015. It approached the Leningrad and Kaliningrad regions to implement an operational task. In course of a 10-hour-long flight to Tallinn and return, it has conducted radio-technical reconnaissance along the Russian border.