A recent photo of Ukrainian politician Andrei Parubiy, the Speaker of the Verkhovna Rada of Ukraine, has gone viral on the Internet. The photo shows Parubiy at an official ceremony during his visit to Japan. 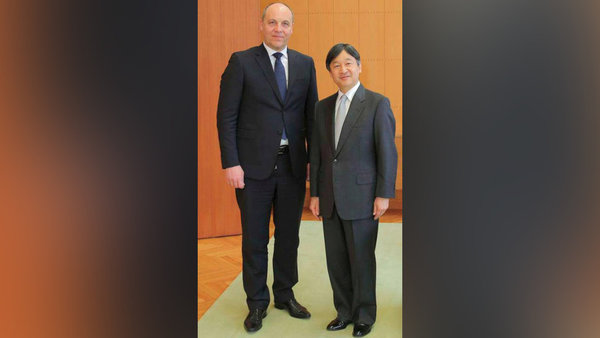 Andrei Parubiy appears on the photo next to Japan's Crown Prince Naruhito. One can see that Mr. Parubiy is posing for the photo with his trousers unzipped. Many bloggers mocked Parubiy's jacket as it looks too tight on him.

Another "Ukrainian" politician, former President of Georgia Mikhail Saakashvili, was also ridiculed for his looks at an official event. Saakashvili, when serving the Governor of Odessa, attended an official ceremony for police officers. Many people immediately noticed that Saakashvili was wearing an ill-fitting suit. His trousers were all wrinkled and bulging, and it looked like he put them on backwards.