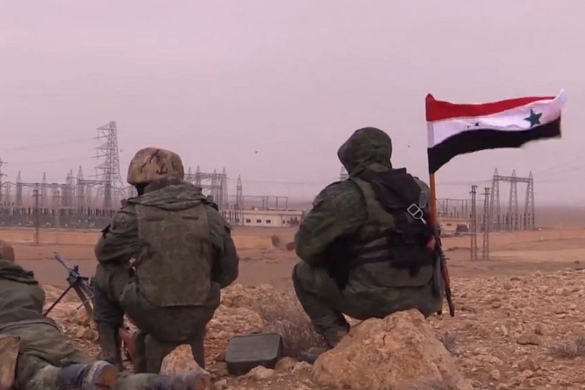 The Syrian government troops have managed to push fighters out of the Palmyra triangle, which is a strategically important territory limited with three automobile roads.

In course of the operation fighters of the Shield and Lions of the Desert special forces units were engaged.

An exclusive video, which demonstrates offensive of the Syrian spetsnaz at Palmyra has been revealed by the RT.

As Pravda.Ru reported before, the Syrian army along with its allies liberated the historical citadel of Palmyra from the Islamic State terrorists.