US Senate admits Putin could take Russia from hell

The head of the Senate Foreign Relations Committee, Republican Bob Corker, said in an interview with The USA Today that Russian President Putin achieved a lot even though he had limited resources at his disposal. 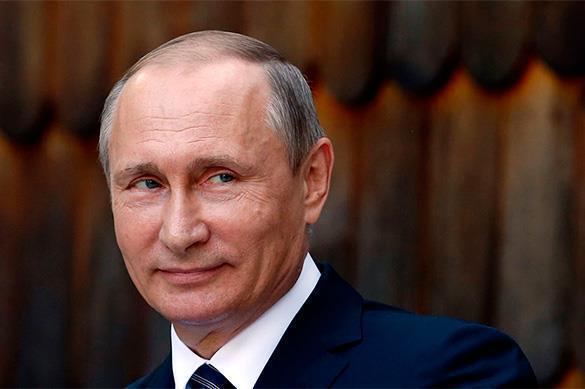 "When you look at a country that has got the economic issues they have, has the demographic issues they have - very dependent on minerals and oil, has gone through no reforms - it's very remarkable he has taken his place on the world stage in the way he has since 2012," Corker said.

"He has got not much of a hand to play, and yet he has played it incredibly well. We've got to figure out a way to begin notching him back away from some of the nefarious activities he has been involved in," he added.

Speaking about the US deal with Russia on Syria, Corker admitted that the United States should be very cautious about its relations with Russia. "To the extent that we can find common ground with Russia on issues, I'm all for it. I just think, though, that we need to look at them for who they are," he said.

According to a recent article in Liberte Politique, Russian President Vladimir Putin had several stages in his strategy. It all started with Russia's reunification with the Crimea. Having returned the Crimea, Vladimir Putin laid the foundation for Russia's "new Mediterranean policy." The Europeans have not understood the magnitude and importance of the move due to their historical illiteracy and ideological analytical errors, the author of the article said. The return of the Crimea to Russia and the transformation of Sevastopol into a fortress was only a preparation for Putin's "Mediterranean Action Plan,"  the newspaper  wrote.

Afterwards, Russia proceeded to strengthen its military bases in Tartus and Latakia and restore  relations with Turkey. Afterwards, Russian strategists developed an "Algerian option" with a base at Mers-el-Kebir, the article says. The last stage was Morocco: "Supporting Morocco in the question of Western Sahara, Putin readies to reach the Atlantic Ocean," the article concludes.