Putin: Russia is not going to attack anyone

Russia is not going to attack anyone - this is silly and unimaginable, said Russian President Vladimir Putin, speaking Thursday at the final plenary session of the annual meeting of Vaildai International Discussion Club. The topic of the meeting is "The philosophy of international development for the new world." 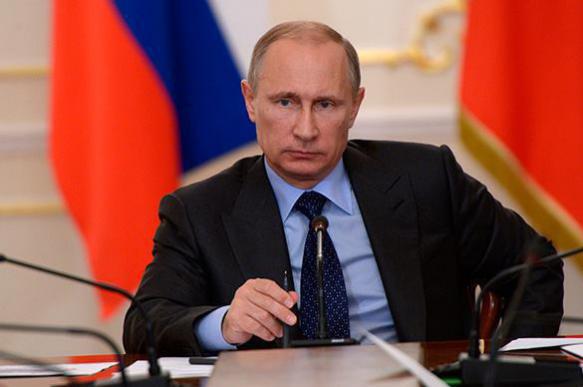 According to Putin, the West has been producing a great deal of myths about the "notorious Russian military threat."

"Indeed, this is a profitable activity, as one can obtain new military budgets and bend allies for the interests of the only superpower, one can also expand NATO and take the infrastructure of the alliance, its troops and hardware, closer to our borders," Putin said.

President Putin called NATO an obsolete structure that was established in the times of the cold war. One does not see any adaptation of the alliance to new conditions, even though they talk about it all the time, Putin said.

He also noted that there are continuous attempts being made to make the OSCE a tool to serve someone's foreign policy interests, despite the fact that the organization still remains an important mechanism to ensure European and transatlantic security. As a result, this mechanism works for nothing, the president said.

Putin stressed out that Russia did not aspire to global domination and expansion.

"There are many countries in the world that, like Russia, can rely on thousand-year history. We have learned to value our identity, freedom and independence. At the same time, we do not seek either global domination, expansion or confrontation with anyone," Putin said.