Deputy Permanent Representative of the DPRK to the UN John Kim Ryong stated at the meeting of the UN Security Council that a nuclear war on the Korean Peninsula may begin any moment. 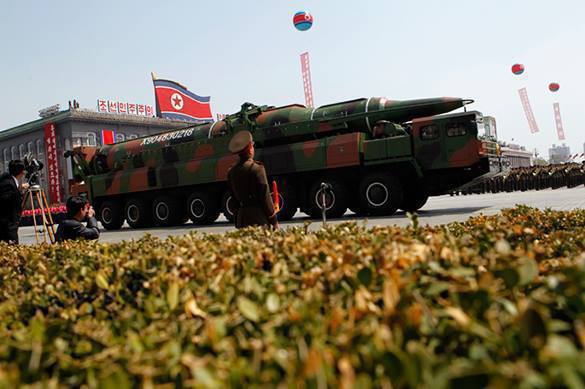 According to the official, the situation on the Korean Peninsula remains "extremely tense." John Kim Ryong said that a nuclear conflict could begin because of military maneuvers that the US conducted with its allies "to strangle the DPRK by means of unprecedented political, military, economic isolation and pressure."

The diplomat reminded that the United States deployed the THAAD missile defense system in the region after North Korea conducted a nuclear test. North Korea has repeatedly asked the UN Security Council to hold an emergency meeting because of the military maneuvers conducted by the USA and South Korea. Yet, the meeting had never taken place, and Pyongyang had to start developing nuclear weapons.

Earlier, South Korea rejected the proposal from the United States and Japan about trilateral joint military exercises against DPRK. Seoul claimed that the time for such exercises has not come.

Yonhap news agency reported that US special forces and armed forces of South Korea were  planning to form a special unit to assassinate North Korean leader Kim Jong-un should hostilities on the peninsula erupt.