Ceasefire agreements between parties to the Syrian conflict have been reached. Participants are ready to start peaceful negotiations, the Russian President Vladimir Putin claimed. 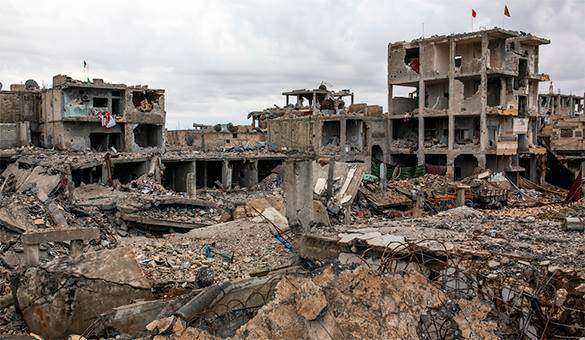 'Some hours ago an event, we have expected for so long and worked a lot to attain, took place. Three documents were signed. The first one was signed between the Syrian government and armed opposition on ceasefire in the territory of the Syrian Arab Republic. The second one is a complex of measures on control over the ceasefire regime. And the third one is a statement on readiness to start peaceful talks on the Syrian settlement,' Putin said meeting with the Ministers of Defence and Foreign Affairs.

It is also known that the Russian President Vladimir Putin has agreed to reduce the group of Russian troops in Syria. As the Defence Minister Sergey Shoygu reported, everything necessary had been already undertaken.

The ceasefire regime in Syria will come into force at midnight on 30 December, Shoygu declared. The guarantors of armistice are Russia and Turkey, he added. ISIS, al-Nusra Front and other allied groups will undergo the regime.