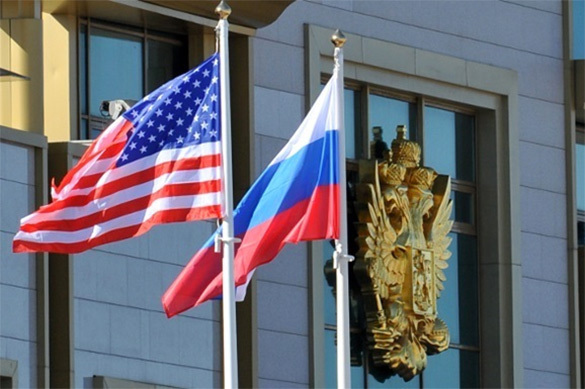 If Trump comes to an agreement with Putin, the world will return to the model of three major powers: Russia, China and the United States, Sawers said. These countries will have to deal with each other, while other countries will face consequences of this, Sawers believes. If Russia and the USA manage to reach an agreement in their relations, Ukraine will suffer most, he adds.

Trump's team does not take Ukrainian President Poroshenko seriously. The recent phone conversation between Donald Trump and Petro Poroshenko was not even included in the news feed of the press service of the US President-elect, even though Ukrainian officials were very proud of the fact of the talks.

Additionally, an agreement between Russia and the USA would deprive the Sunni moderate opposition in Syria of support. For the time being, the moderate Syrian opposition receives support from Turkey, a number of Arab countries and the USA. As a result, the chaos in the world will exacerbate even further.

The former chief of the British intelligence service noted that chaos already affects countries other than Syria, and one can see it in another outburst of terrorist attacks in the world.

Russian exerts believe, though, that the US establishment may set Donald Trump against Russia. The question is whether Trump buys into it. Yet, many experts believe that the billionaire has a very extensive business experience behind him, he has his own opinions and will be able to resist provocations. At the same time, the prime goal of the outgoing Obama administration is to show both trump and the whole world that the future policies of the United States will differ very little from the current policies.