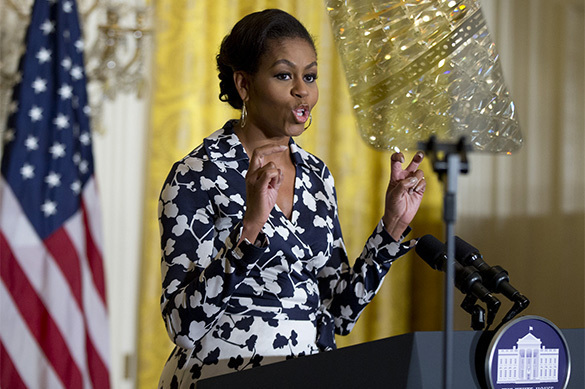 Many social networkers urge Michelle Obama to run for president in 2020.

"They want the Obamas back. After Donald Trump's shock win over Hillary Clinton in the 2016 presidential election on Tuesday, November 8, some people are already urging Michelle Obama to run for president in 2020," US Magazine wrote.

A new hashtag has emerged in social media #Michelle2020. Some believe that it is already time to start a campaign for Michelle Obama.

Some others say that in case of victory, Michelle Obama will be able to shatter two glass ceilings, as she would be able to become the first-ever black woman president.

At the same time, Michelle Obama has repeatedly stated before that she would never run for president.