Jabhat al-Nusra gets missiles directly from US

Jabhat al-Nusra fighters get anti-tank TOW missiles directly from the US, the German Focus magazine reported, with reference to one of the commanders of the terror organization. 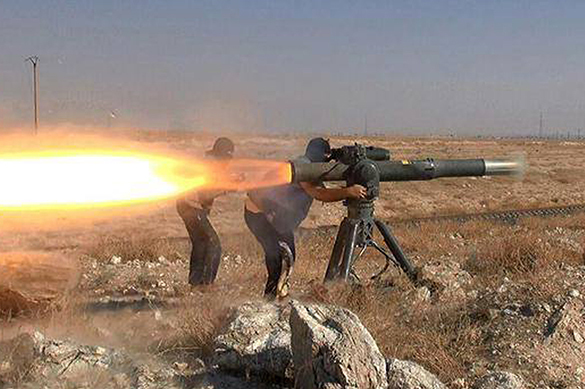 'They gave us missiles directly. The Americans are on our side,' the source claimed to the Kölner Stadt-Anzeiger journalist Jürgen Todenhöfer.

The German magazine noted that the interview with the Commander took place 10 days ago. At the time Commander of the terror organization stated that unless the Syrian troops retreat, the UN convoy, which was later attacked from the air, wouldn't be let into Aleppo. He also assured that fighters were not ready for compromises and would fight 'until the regime's fall'.