Trump has no time to meet with Poroshenko

Donald Trump did not react to offer of the Petro Poroshenko to hold a meeting in New York. Administration of the Ukrainian president reported about this deplorable news. 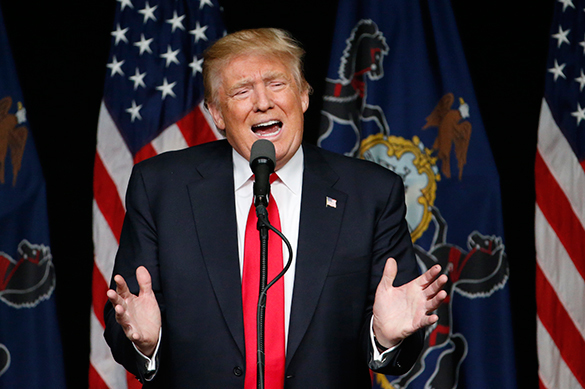 They used to send a request for a meeting to the UN General Assembly and to the campaign team of the Republican presidential candidate as well as to their competitors from the Democratic party.

As a result, ill Hillary Clinton agreed upon the meeting (it took place yesterday), while representatives of Trump ignored the request.

Kiev claimed overtly whom it would like to see as the US president. Ukraine's Ambassador to the US Valeriy Chaly predicted some time ago, that Trump might be deprived of the votes of the Americans of Ukrainian origin because of his statements regarding Crimea and cooperation with Russia.

However, as it can be evidenced in the neighbouring Canada - which rejected visa-free regime for Ukrainians - Kiev tends to overestimate the role of its diaspora.