858 migrants managed to illegally gain new citizenship in the US, having provided the migration service with false personal data, General Inspector at the US Department of Homeland Security reported. 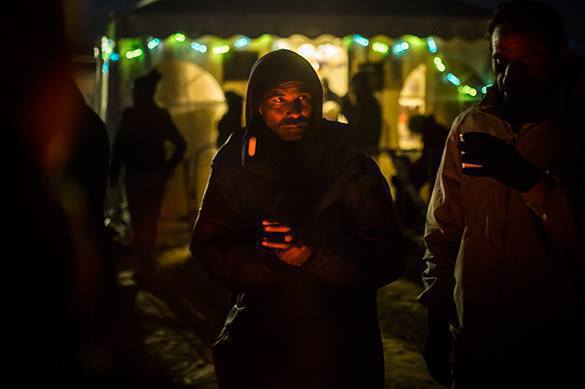 It is noted that immigrants were from the countries which represent 'a special interest' to the US national security and thus should undergo a thorough examination.

As it turned out, those wishing to gain the US citizenship were giving false data on their date of birth or names. The fraud was detected after fingerprints of new citizens had not been found in the corresponding data base. As they explained in the Department, the old system in hard copy, without electronic search, is to be blamed.

The next examination showed that 953 more people got legal status in the US having deportation orders.

It is also pointed out that the data base has no fingerprints of 315,000 people who are to be deported. It means that all these people may reside in the US under illegal documents, and moreover get jobs in the ports or airports for example.

Thus, all the corresponding Departments have been advised to activate work on filling data bases.

On 28 August the US Ambassador to Jordan Alice Wells claimed that the States were to adopt 10,000 refugees from Syria the following Monday. She also noted that each refugee is examined by the special forces.

The Republican presidential candidate Donald Trump stated before that the Syrian refugees represent potential threat to the country's security.

As Pravda.Ru reported, 72% of the Americans criticized Obama's plan on adoption of refugees. According to the Rasmussen Report poll, the Americans do not want to see not only the Syrians in the country, but also any other citizens of the Middle Eastern region.