The US presidential candidate from the Democratic Party Hillary Clinton has to publish a report on her health after she fainted at the ceremony commemorating victims of the 9/11 terror act. Clinton's physician diagnosed pneumonia. 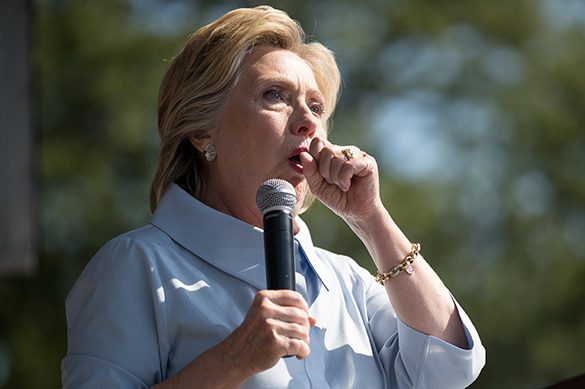 'A serious crisis can be evidenced in the US political system. One of the candidates is not quite capable. Roosevelt was in a wheelchair, a disabled person, but nobody concealed his disease, voters knew about it beforehand. Hillary's staff conceals the fact that will hamper her effective work from the Americans,' Vladimir Shapovalov, Deputy Director at the Institute of History and Politics of the Moscow State Humanitarian University, told Pravda.Ru.

According to him, investigation should be initiated in the US, as well as public and parliamentary discussions to find out why leaders of the Democratic party decided to conceal this relevant information.

'The Democratic party should replace the candidate. Moreover, Hillary herself should reject further participation in the campaign. But it will hardly happen. She has entered the homestretch, and financial corporations invested into her campaign. The Democratic party will try to silence the scandal,' Vladimir Shapovalov believes.

As he said, Hillary Clinton won't be able to laugh it off this time. 'The case where personal physician makes a diagnosis evidences that the situation is serious. In case the staff had slightest chance to avoid it, they would stand to the end and deny any symptoms of a disease. But the situation went out of control, and it's impossible to deny the obvious,' Deputy Director at the Institute of History and Politics of the Moscow State Humanitarian University concluded.