Where will US stick its nuclear weapons?

The EurActiv media platform reported that the US started moving its nuclear weapons from Turkey to Romania. The reason is deterioration of relations between Washington and Ankara. 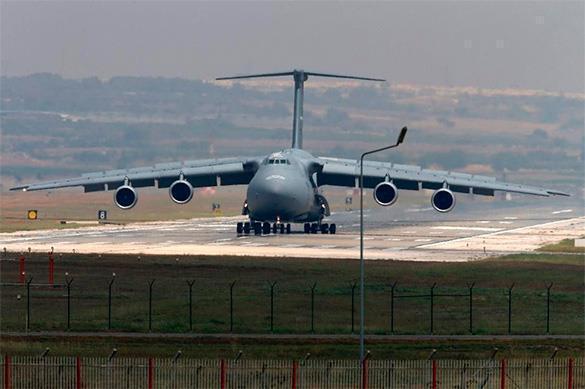 Sergey Babkin, Ph.D. in Political Science and leading research fellow at the Institute of Oriental Studies of the Russian Academy of Sciences told Pravda.Ru that the US cannot deploy its nuclear weapons in the Romanian Deveselu base.

The aviation nuclear munition, which is kept at the Incirlik air base, cab be deployed only at the equivalent site, and the Deveselu does not have such facilities, the expert said.

'Recent deployment of the American air defence there, does not mean that the air field is ready to host tactical nuclear carrier aircraft,' Babkin stated. Deveselu does not possess required stores, special technical and defence systems.

Moreover, 'Deveselu is situated about 800km away off the Crimea, i.e. it may be reached by the Russian sea-based Kalibr cruise missiles and various other means,' Sergey Babkin pointed out.

Aleksey Novotochinov, Doctor of Social Science, Director of the Institute for Interdisciplinary Research, also commented Pravda.Ru on the issue. 'The U-2 aircraft could fly from Incirlik to Moscow, in 20 minutes. Thus, partial loss of the Incirlik base is a serious loss for the Americans,' the expert noted.

The US went the length of it, realizing that rift in relations with Turkey is quite deep. Ankara can 'impose special embargo on cargo movement', that is deprive the US of free rein at the whole Middle East.

'Strong realignment of priorities is currently taking place in the EU. Neither Germany, nor France or Italy as key players of this process, as well as Great Britain after its Brexit, are ready to drastic changes. As the Americans themselves do not know what they want to obtain in the result.

It should be taken into account that redeployment of nuclear equipment in any of the European countries will automatically mean its being at Russia's gunpoint.

Romania may be just a transit for two or three days and then they will set off to undisclosed location. Infrastructure is very costly affair'.

'Incirlik was one of the best NATO's bases, and they won't manage to move so easily. And of course Moscow will be watching these processes closely. We won't allow anyone to rattle the sabre against our great country,' the expert concluded.