US secretly redeems Americans from Iran

The US authorities have secretly made a deal with Iran being under sanctions in January 2016. The White House paid Tehran $400m after release of four Americans, the Wall Street Journal reported. 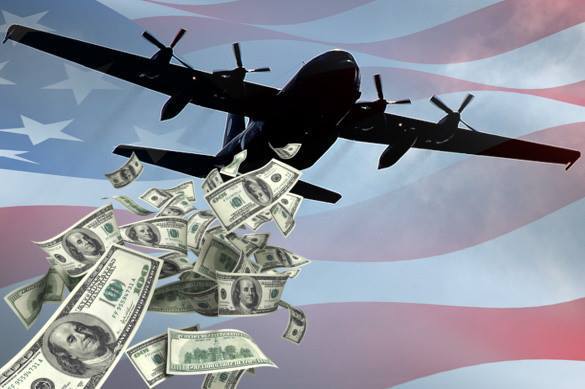 Money was delivered to Iran on wooden pallets with the help of cargo airplane without insignia. As the US itself had previously banned dollar payments to Iran, $400m were exchanged for euros and the Swiss francs.

It is noted that the sum comprised payment Washington obliged to make following agreement of 1979. At the time, the last monarch of Iran, shah Mohammad Reza Pahlavi bought a big party of weapons in the US.

Representatives of the White House have already repudiated this data. 'Talks on settling claims were held separately. They were carried out by different groups of negotiators from both sides,' John Kirby, Spokesperson for the United States Department of State claimed.

As Pravda.Ru reported, Iran released 4 Americans from prison in January 2016. It was made under program of prisoners exchange with other countries. The US in its turn released 7 citizens of Iran.

The sanctions were ultimately lifted overnight into 17 January 2016.

Also read: USA vs. Iran: Who has a snake in the bosom?