When US is to oust Turkey from NATO

The US State Secretary John Kerry addressed the Turkish government and called to comply with the democratic principles. 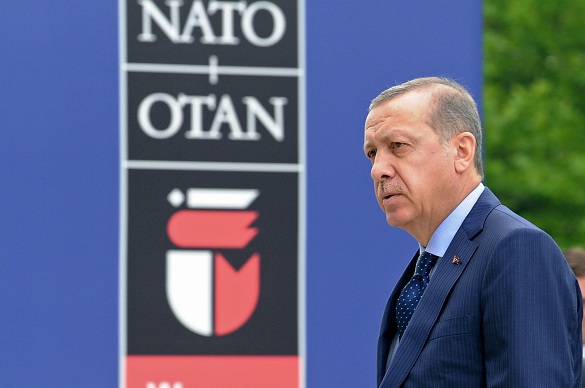 As Washington Post reported, John Kerry is concerned about arrests of state officials who are suspected of an attempt to carry out a coup d'etat. After these events, the Turkish authorities don't rule out the possible death penalty.

The US Secretary of State believes that such acts run counter to fundamental principles of democracy. And violation of them questions Turkey's membership in the NATO.

Vladimir Yevseyev told Pravda.Ru how serious these threats are and whether Turkey may really lose its membership in the Alliance.

'It's absolute demagogy. NATO has never been obsessed with democracy question. Turkey may exit NATO only when the US needs it. Now they do not need it, as Turkey controls straits and thus Turkey's exit would cause NATO serious problems. So, I believe it's just pressure upon the Turkish authorities,' Vladimir Yevseyev told Pravda.Ru.

Of course, Kerry's statement evidences US irritation. But democracy issue is not so important for the US to be deprived of an ally, that has second largest army in the NATO, the expert believes.

'Different story is if Turkey starts carrying out anti-American foreign policy, creating the US serious problems with the Syrian Kurds, or impedes US combat vessels' passage across the Turkish straits, that is the Montreux Convention, or if Ankara demands removal of the US tactical weapons from the Incirlik Air Base and closure of the American bases. Those will be serious steps the US will undoubtedly react to,' Yevseyev claimed.

Statement of the US State Secretary is just a warning. Erdogan will keep doing what he needs. There's no place for sentiments. It's nothing more but a wake-up call until Turkey really insults the American interests and gives cause for more serious pressure,' Vladimir Yevseyev concluded.