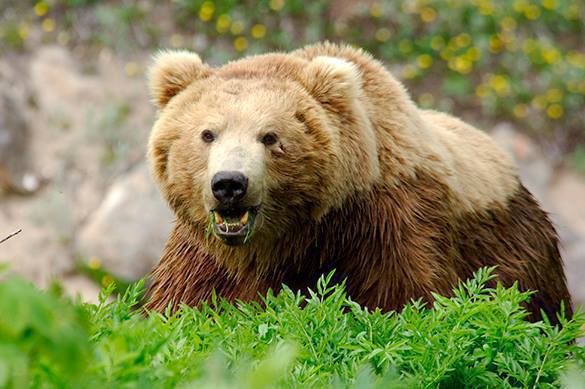 A brown bear disrupted military drills in Finland, having penetrated a base where about 3,000 military men were deployed.

The bear helped itself to soldiers' dinner, and then teared apart clothes that had been left unattended.

"Bears usually evade people, but this one had no fear at all," press secretary of the brigade Satu Hujanen claimed.

According to her, nobody was injured because of the incident. Frightened military hid in the lorries.

Command decided that the animal threatens the staff and appealed to police to get a permit to shoot the bear down given the Finnish regulations. After a corresponding permit was obtained, the bear was shot down.

Also read: The US eagle can never beat the Russian bear