Food shortages generated mass protests in the capital city of Venezuela Caracas. As a result, over a dozen of people were arrested, El Nacional reported. 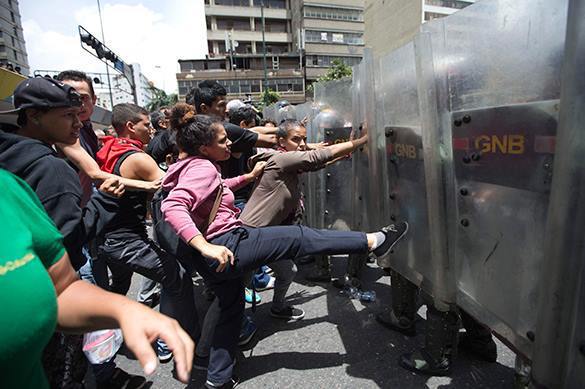 Patience of people who had been standing in queues to get food, ran out when a lorry with rice and sugar was stopped by representatives of the national guard and redirected to the Allocation Committee, which sells fixed-price food.

People blocked one of the capital avenues crying "We are hungry!", "We want eat!", "We are desperate!". The National Guard and police tried to disperse protestants and applied teargas. Representatives of local authorities also tried to enter into talks.

Representatives of local press got injured in the riots in the result of police acts. Some journalists were beaten, other were robbed. According to non-official data, no less than 13 people are detained.

Energy problems which occurred because of heavy drought generated economic crisis in the country. Reduce of oil prices also played its negative role.