Referendum to recall President Maduro may take place in Venezuela

The Venezuelan President Nicolas Maduro claimed that he would work for the benefit of the country for at least two years. 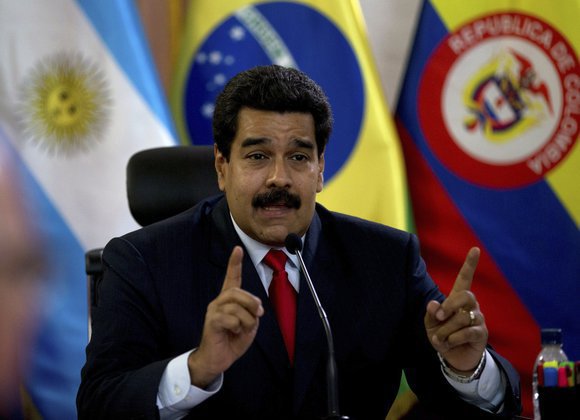 Maduro responded in such a way to intentions of his political opponents to carry out a recall referendum.

​"Nothing opposition is doing is going to be politically viable. I will be here until 2018 at least," Maduro stated.

As Pravda.Ru reported, opposition started collecting signatures Wednesday, which are necessary to arrange referendum. Nicolas Maduro was elected in 2016 for a 6-year term. Head of the Republic believes that opposition is currently trying to create difficulties and resorts to incredible violence.

In such a way he commented on the riots that had taken place in the city of Maracaibo given protests against power cuts. 100 demonstrators were detained.

The opposition should gather 198,000 signatures as a minimum, that is 1% of Venezuelans, who have right to vote.

In case opposition manages to win the referendum this year, new elections will be held, according to the Constitution. If the process is delayed until the next year, Maduro will be replaced by the Vice-President Aristobulo Isturiz.