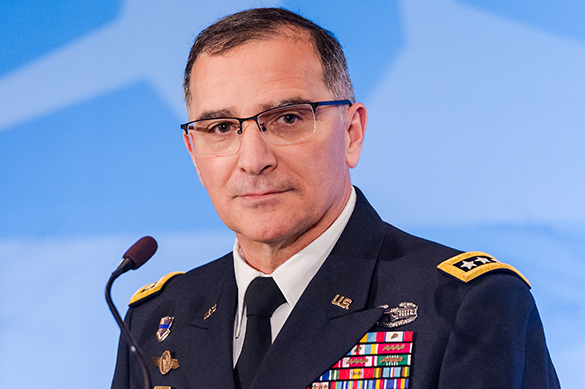 The General noted during the ceremony that the Alliance faces today a "resurgent Russia striving to project itself as a world power".

Scaparrotti also named such threats as terrorism and refugee crisis, which is boosted by instability in the Northern Africa and the Middle East.

According to him, "to address these challenges, we must continue to maintain and enhance our levels of readiness and our agility in the spirit of being able to fight tonight if deterrence fails."

Yens Stoltenberg, Secretary General of the Alliance, pointed out in his turn that the organization entered a "new era of uncertainty" with serious and enduring problems. But the NATO, as he said, "is ready and up to the challenge".

As Pravda.Ru reported Scaparrotti succeeded General Philip Breedlove, who used to make harsh statements towardsRussia. Namely Breedlove is regarded by journalists as one of the main "architects" of the strengthening of the NATO's East-European flank including increase of troops and equipment in the Baltic States and the Eastern Europe.

Scaparrotti claimed in April that Moscow should be warned that in case Russian Armed Forces' acts exposed the American military men to danger, the US would take retaliatory measures.

The General stood for deployment of the American aircraft carrier in the Mediterranean Sea, which should allegedly be a signal to Russia and supported deliveries of anti-tank missiles to Ukraine in order to "defend the sovereignty".