One of the largest pro-NATO non-governmental organizations of Serbia, Centre on the Euro-Atlantic Researches, found out what the Serbian youth thinks of Russia and an alliance with it. 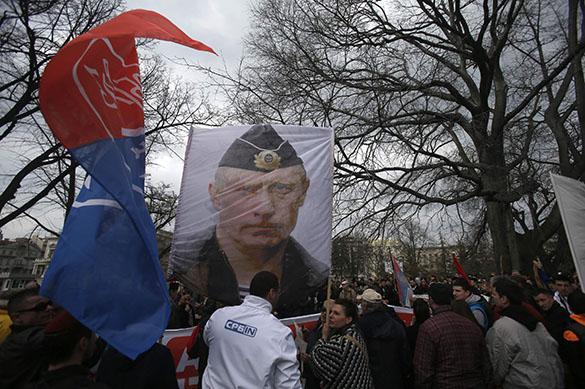 The survey results can hardly satisfy this organization: as it turned out, 57% of respondents support creation of the Russian military bases and 64% support the Russian foreign policy as a whole.

The research is called "With widely closed eyes - strengthening of the Russian soft power in Serbia".

Representatives of the Centre admitted, "the majority is sure that an alliance with Russia would improve their jobs opportunities, traveling and education, would lead to the increase of oversea investments, political stability in the country, and even democratization of the country, as well as improvement of the Serbia's image in the world."

Director of the Centre Elena Milic used to claim in February that Russian influence in Serbia continues to rise and extend, while support of the European integration and movement towards the "democratic values" dropped.