The Greek armed forces started large-scale military drills on Thursday. The operational readiness inspection is being carried out given frequent Turkish provocations in the border area. 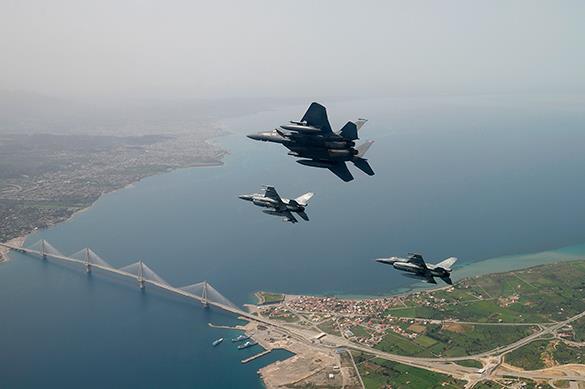 The Turkish combat aircraft have violated Greek airspace several times this week and flew over the islands in the north-eastern part of the Aegean Sea.

Wednesday morning about five Turkish aircraft flew over the Oinousses islands. Before that, such facts of border violations had been registered only above sea. However, Greece is not going to tolerate flights of combat aviation above its territory.

According to the Greek Defence Ministry, the drills will be carried out across the whole territory of the country. Special attention will be paid to the Northern border. The ministry also believes that neighbouring Macedonia may claim part of the northern territories. As Pravda.Ru reported, Greece doesn't recognize Macedonia and calls it "The Republic of Scopje".

The PM Alexis Tsipras will hold a meeting of the government council on defence and inner politics Friday, where current situation with Turkey will be discussed.