The Cyberberkut movement published data on the Poroshenko's order to create a Crimean-Tatar autonomy in the territory of the Kherson region. 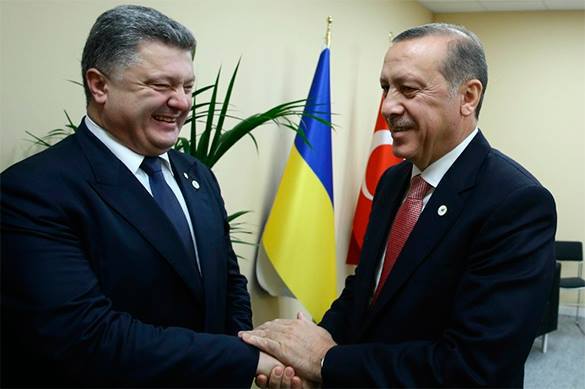 The draft decree was detected in the correspondence of the President's Administration officials. It is also noted that the city of Kherson itself will be renamed as Khan-Giray. The National Autonomy is planned to be inhabited with the Meskheti Turks. The quota makes up 200,000 immigrants. Taking into account that no more than 10,000 Meskheti Turks currently live in the whole territory of Ukraine, we can speak of a voluntary surrender of the lands for occupation.

The revealed document is indirectly evidenced with a range of Poroshenko's meetings with Erdogan, where Ankara's financial support of Ukraine can be discussed. Erdogan will not give Ukraine loans on parole, while in exchange for lands - quite easily.

If the talks are really taking place and the order is not a fake, the Ukrainian people's opinion and that of the Kherson region's residents in particular is not to be asked. Stubborn unwillingness of Kiev to give autonomy to Donbass seems especially ironic against this background.