If Clinton wants China to toe the line, China will push America into abyss

Hillary Clinton promised that China would have to "toe the line" in case of her victory at the presidential election in the USA. 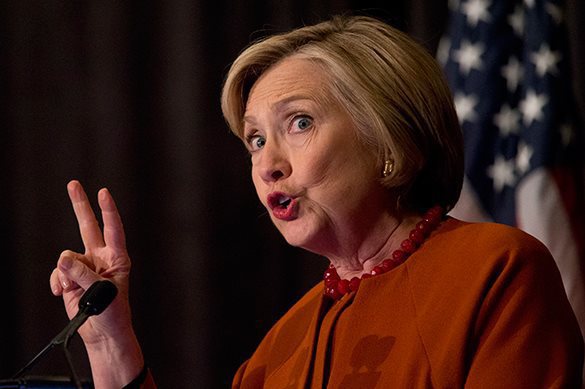 "I've gone toe-to-toe with Chinese leaders on some of the toughest issues we've faced ... I know how they operate," Clinton said during a campaign speech in Pennsylvania. "And they know that if I'm their president, they're going to have to toe the line."

The statement came as a surprise for many as China is considered to be No. 1 trading partner of the United States.

"This is the presidential race, and she is looking for sensuality. She behaves like a woman, to make potential voters like her. These are just empty words, in which she tries to convey her feelings to people, rather than responsible statements," he told Pravda.Ru.

According to Bronislav Vinogrodsky, Clinton is playing the game on basic instincts of her voters. "Everyone may say a lot of things prior to elections, before everything goes back to how it was afterwords. China is a strong country, but this teenager, America, says now that they will make the elderly walk as required. They do not understand that China is quietly ruling them, making America do what China wants," the expert said in an interview with Pravda.Ru.

He added that America stands on the financial instrument, the US dollar, that gives the country an opportunity to dominate the world.

"China runs a much more meaningful financial policy. In America, the prime goal is to keep the value of the dollar. The dollar is not an economic tool, but a tool of psychoideological pressure on people. In the USA, everyone keeps an eye on currency rates and credit rates, because they manage everything else with those tools," said Bronislav Vinogrodsky.

"I'm afraid to suggest that America does not understand China, while China gives an illusion to America to believe that the United States gets what it wants," he added.