Japan to return US 331kg of Plutonium, enough to make 50 nuclear bombs

Japan will return the US cargo with radioactive Plutonium, which is enough to make 50 nuclear bombs. 331kg of Plutonium was delivered to Japan from the US, Great Britain, and France in the 60s and 70s years of the previous century. 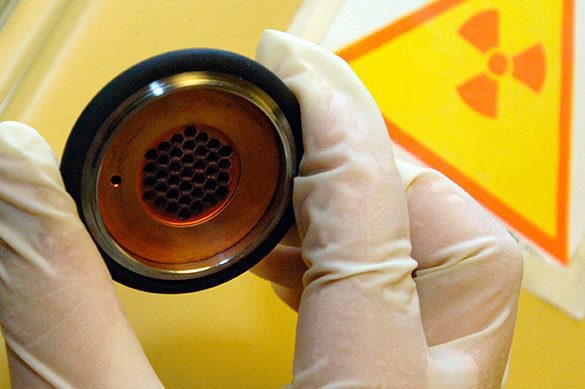 Plutonium is reported to be sent with an armed British transport ship and under armed escort.

Ecological organizations call return of 331kg of Plutonium to be a dangerous counter-attractive manoeuvre from the Plutonium which stays in Japan. The shipment may take place as early as this Sunday from the port to the north of Tokyo.

As it was reported before, Plutonium delivery from Japan to the US is dedicated to the fourth and the last summit on nuclear security, which is to be held in Washington on 31 March 2016. the Japanese delegation will have possibility to render an account given the work done.

At the same time, Japan possesses over 40 tons of Plutonium, which was obtained under processing of the exhaust nuclear fuel.