Kiev unveils war plans against Russia for Crimea and Donbass

War is likely to be in store for Russia unless the Crimea is returned to Ukraine, Ukrainian experts believe. 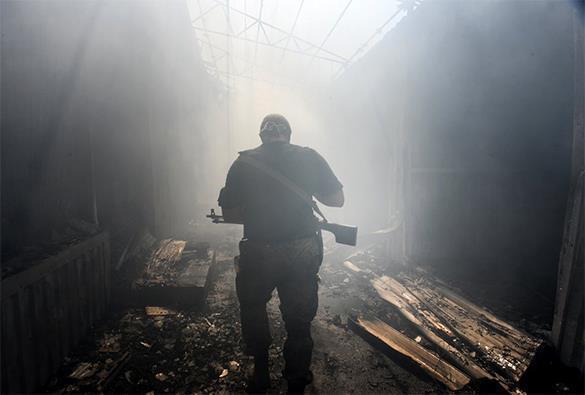 Advisor to the President of Ukraine, Vladimir Gorbulin, wrote an article for zn.ua website, in which he said that the Ukrainian administration would have to use the army should Kiev fail to return the Crimea and the Donbass through negotiations.

According to him, the appropriateness of the use of diplomatic means to "resolve the conflict in the Donbass and the issue of the annexed Crimea" was not obvious.

The space for diplomatic maneuvers, Gorbulin believes, will end in two or three years. To "return" the Crimea and Donbas, the official suggests using military methods.

"In the near future, we will face the question of the active and effective involvement of another instrument of foreign policy - armed forces. To successfully hold back, repulse and teach a lesson to attacker by diplomatic means is simply impossible - one needs a powerful army and convincing propaganda for that," Poroshenko's advisor wrote.

He also said that diplomatic agreements, including the Minsk Accord, is just a way of "buying time" to prepare for the political registration of conflict results. A military victory, in his opinion, is possible with the support of Western countries.

"Liberation may take time and materialize at a favorable opportunity, when Ukraine becomes stronger, Russia becomes weaker and Western allies are willing to support the liberating war of the Ukrainian people against the occupation forces," he concluded.

Earlier, Ukrainian politicians said that the country should recognize the existence of the Russian-Ukrainian war, to obtain the support of the international community. To do this, Kiev needs to  declare war on Russia officially, to become the aggressor that Russian forces will destroy in a few days.