US wants to shift power in Ecuador

Former British diplomat Craig Murray claimed that the US desires Rafael Correa's defeat at the presidential elections in Ecuador, which will take place on 17 February. The CIA invested $87m via the Pentagon funds in order to influence the results of these elections. 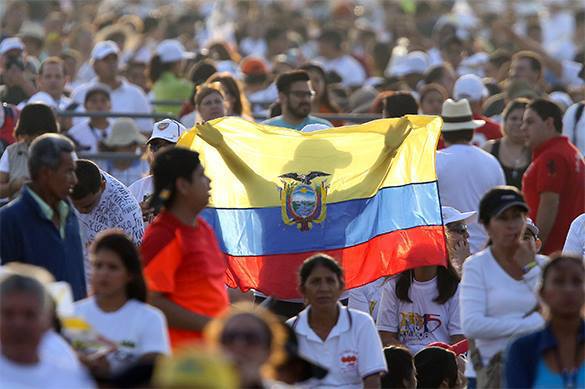 Boris Martynov, deputy director of the Institute of Latin America at the Russian Academy of Sciences told Pravda.Ru what may occasion Fafael Correa's defeat.

'The US should feel that the situation allows them to behave more overtly. They can use a whole range of circumstances. Ecuador has slowed down its economic growth for the recent years, as all the oil producing countries have done. The standard of living in the country has dropped. In addition to that, corruption scandals may be attached.

I'm a little bit amazed with such a frankness of the Americans. Ecuador fills an important direction in the context of the US strategic plans. Thus, they would like to dethrone the left-oriented government. Ecuador evidently falls out of the US plans on the creation of the Trans-Pacific Partnership, which is to include such alleged Washington's partners as Mexico, Peru, Columbia and Chili,' Boris Martynov pointed out.