US and Japan shouldn't interfere in Spratly dispute

China created an artificial island on Fiery Cross Reef in the area of the Spratly islands in the South China Sea, that is in the interests of Vietnam, Japan, and the Philippines. 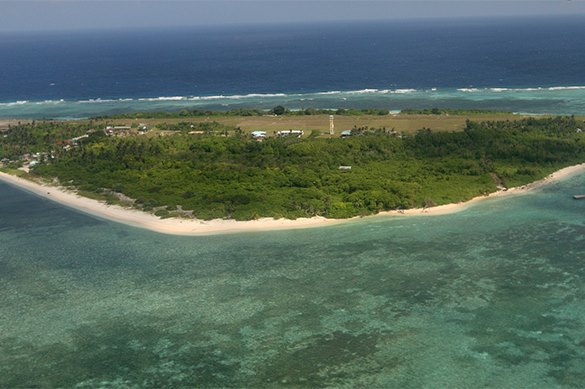 The Vietnamese Ministry of Foreign Affairs presented a note of protest to the Chinese Ambassador at the beginning of the month and accused it of the sovereignty violation.

Grigory Lokshin, leading research fellow at the Centre for the Study of Vietnam and ASEAN, RAS Institute of Far Eastern Studies told Pravda.Ru how the conflict of interests around the South China Sea would develop.

'The dispute, which is going on between China and countries of the region, is their inner affair. We stand for their meeting and settling everything by means of negotiation without use of force and threats'.

What about common ground on the Spratly, the expert said, that 'it's a very difficult question on the sovereignty and it can't be settled without a mutual compromise, as globally important communications and trade routes lie here. The parties should sit down to talk without any outer non-regional forces, especially the US and Japan, that shout most loudly.'

'The problem is that none of the countries, neither China, nor Vietnam or the Philippines consider that their national interests can be achieved by oppressing the interests of another party,' the orientalist pointed out.

'Vitally important issue is that of preservation fish and sea products in the region, that is a source of food for an enormous quantity of population. Ecological problems are increasing and it may lead to a catastrophe,' Grigory Lokshin believes.

'Quite serious hydrocarbon reserves, including oil and gas, are assumed to be in the disputed area of the South China Sea. The majority of these reserves is located close to the exclusive economic zone, which belongs to all these states. Thus, they should look for a possible agreement, as well as via a condominium. It can be solved, but there is a need of a political will,' he concluded.