Russia destroyed main threat to its pilots in Syria

The Russian Su-24 bombed out the only serious threat to the Russian Air Force in Syria. That is surface-to-air missile system Osa, which was designed in the USSR and was under the control of Daesh fighters. 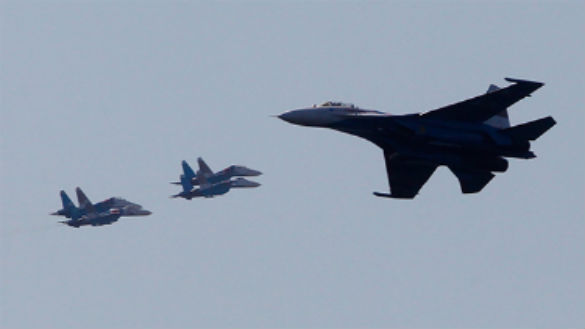 Jihadists concealed the missile system in a bunker near Damascus, while the Russian Air Force got its position from the Coordination Center in Baghdad. The Iraqi and Syrian intelligence managed to fix exact location of the bunker and missile system.

'Due to a direct hit of a bunker-busting bomb BETAB-500, the building was completely destroyed,' Igor Konashenkov, official representative of the Russian Defence Ministry claimed.

Pravda.Ru reported that Russian pilots also bombed out a large base of the fighters in Syria near the city of Mheen.