The incident with the downing of the Russian Sukhoi Su-24 warplane became the main topic for discussion at the Climate Conference in Paris. 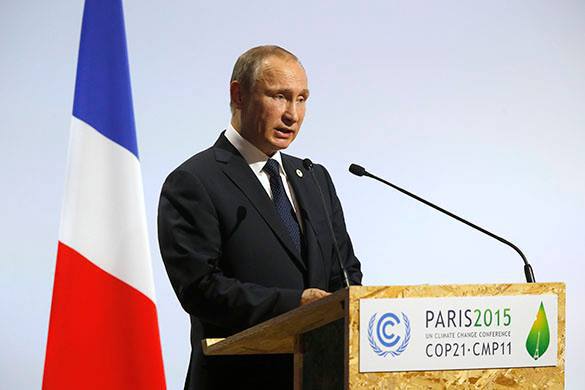 Russian President Vladimir Putin discussed the incident with all of his colleagues, whom he talked to in Paris.

According to Putin, Turkey made a huge mistake, having attacked the Russian bomber plane that had not violated Turkish airspace.

"We have every reason to believe that the decision to shoot down our aircraft was based on the wish to ensure the safety of those oil delivery routes to Turkey - right to the ports, from where oil is then loaded into tankers," RIA Novosti quoted the Russian president as saying.

Vladimir Putin was referring to Ankara's alleged cooperation with the Islamic State terrorist group for the purpose of "shadow" supplies of "black gold."

"I very much regret about the relations with Turkey, I've done a lot for them," said the Russian leader.

At the same time, Putin stated that it was impossible to talk about a broad coalition against terrorism as those, whom Moscow considered partners in this fight, "shoot down our plane."

"We heard from the Turkish side that it was not the President of Turkey, who took the decision - that it was other people, who made the decision. It does not really matter much for us. It is much more important for us that two of our servicemen were killed in the criminal action," the Russian president stated.

Putin also added that he did not meet his Turkish counterpart in Paris, nor did he plan the meeting with him.

Turkish President Erdogan and his government flatly refused to apologize to Russia for the downing of the Russian aircraft.