Bloomberg: Russia may bomb out IS without US consent

Russia may strike positions of the Islamic State fighters in Syria without any consent of the coalition states, unless US coordinates its acts, Bloomberg reported. 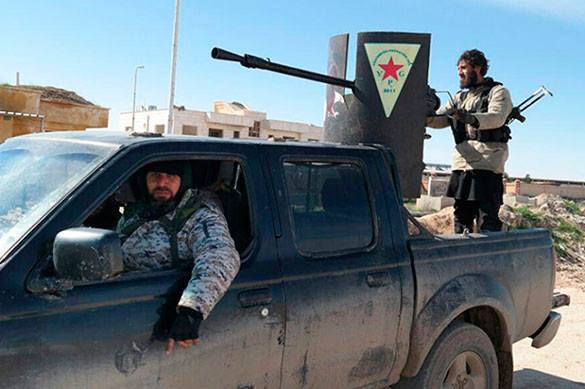 According to the agency, this issue will be the centerpiece of discussion during the meeting of Vladimir Putin and Barack Obama under the UN General Assembly, September 28, as the Russian President will be in New York on a one-day visit.

Elena Suponina, senior analyst on the Middle East at the Russian Institute of Strategic Studies noted, that "Russia hopes that common sense will win and Barack Obama will accept the proposal of Vladimir Putin. However, Vladimir Putin will act in any case, even if it does not happen."

The Putin's proposal consists in a large-scale international coalition in the region to fight the IS. According to the Russian Foreign Minister Lavrov, partners of Russia got interested in the plan of Putin.

Experts note, that Moscow started promoting its offer at the right moment - just after the Iranian deal, after a year of the US coalition "strange war" with caliphate, and at the moment when the Western and Eastern opponents of Damascus started realizing the uselessness of Assad's removal.

The refugees crisis in Europe has also become one more agitation for Putin. Now, Russia has a good chance to back its acts on the elimination of the US hegemony in the world and setting a new world order, based on the balance of power.

Also read: Russia-Israel military alliance in Syria is a breakthrough