Russia-Israel military alliance in Syria is a breakthrough

The agreement reached in Moscow between the Russian President Vladimir Putin and the Israeli PM Benjamin Netanyahu on a "mechanism to prevent misunderstandings between Israel and Syria" is to influence the power balance in the Middle East, Avigdor Eskin, the Israeli publicist told Pravda.Ru in an interview. 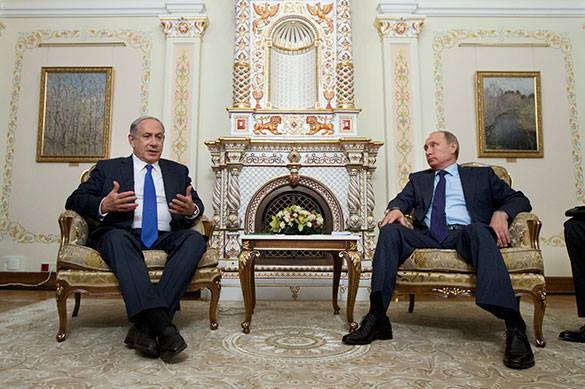 The Russian-Israeli joint military group will coordinate operations in Syria. This military cooperation is the first one since foundation of the Israeli state, Eskin noted. The military alliance will operate without the US as well as other Western countries. The parties have one opponent, that is the Islamic State, and misunderstandings can occur only on the Syria's helping Hezbollah, which is declared a terror organization in Israel.

What about Bashar al-Assad, the expert says that the Israeli authorities realized that only his army can oppose the radical Islam, and he is the only intelligible negotiation leverage in Syria. Jihadists, which are currently in the Golan Heights (a disputed area between Israel and Syria) for instance, are backed by the US, and attack the Israeli territory.

The US losses its interest to the Arab sheikhs, the Saudi Arabia, and shifts to the cooperation with Iran, as it has industrial potential. In any case, Washington will keep loosing its influence in the Middle East, while Russia will be increasing it.

Understanding between the Russian and Israeli leaders is at its top, Avigdor Eskin noted. Thus, the creation of a joint military group is a revolutionary and historical event. Russia and Israel organized a duet, and if it works out, Syria will be soon under control of its legitimate power within its former borders. Israel and Syria will maintain "neutral relations", Eskin concluded.