Pope Francis: no problem in the world can be solved without Russia 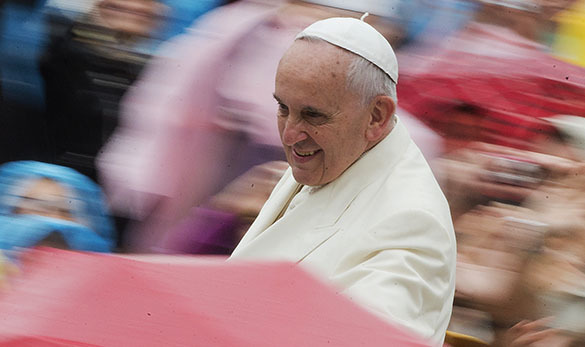 The Pope Francis claimed that any important problem of the modern world can't be solved without Russia's involvement.

The pope made his statement while being in Cuba. After a three-day visit, the Pope set to the United States, where he is to take part in the UN General Assemble meeting.

Head of the Holy Sea is reported to speak about the necessity of conflict resolution in the Middle East, and Syria, particularly.

As Pravda.Ru reported, Pope Francis presented the Russian President Vladimir Putin with a medallion depicting the angel of peace, who "wins all wars and calls for unity of all people in the world."