The Chinese authorities intent to strengthen the "decisive fight" against separatism and any of its forms, Yu Zhengsheng, Chairman of the Chinese People's Political Consultative Conference claimed given the 50th founding Anniversary of the Tibet autonomous region. 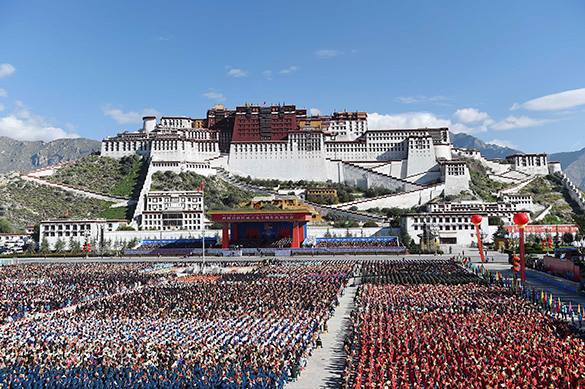 Zhengsheng headed an official delegation of 65 central government officials at the festive celebrations in the capital city of Lhasa.

According to him, Beijing will deepen its fight against separatism in the Tibetan region and put an end to any forms of separative acts.

"Only by sticking to the CPC's leadership and the ethnic autonomy system, can Tibetans be their own masters and enjoy a sustainable economic development and long-term stability," Central Committee of the Communist Party of China stated.

The Tibet autonomous region was founded on 1 September 1965. The region is reported to play an important role in national security, unity, and ethnic solidarity.

Also read: What happens between China and Tibet?