Documents, that prove the US and Great Britain direct cooperation with the Kiev regime are now out in the open. 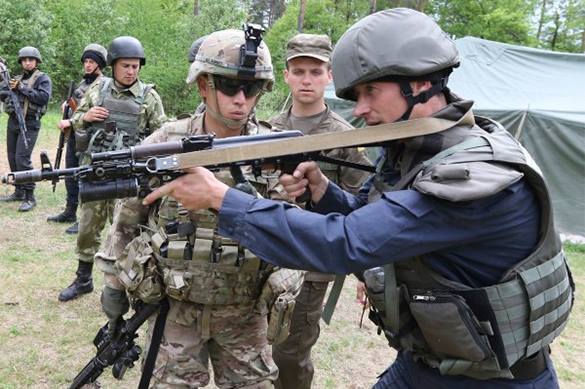 The released letters were obtained from a secure server, and were sent to the Western government officials from the Ukrainian military command. The letters have words of gratitude for assistance and consulting about war with the Donbass population.

Ukrainian Deputy Minister of Defence Igor Kabanenko addressed Phil Jones, Special Defence Advisor at the Ukrainian Ministry of Defence from Great Britain. He expressed his gratitude for the analysis of the political situation in Donbass, which the Ukrainian side used to conduct its punitive operation.

Besides, Kabanenko looks forward to further assistance of the British advisor, and asks for facilities for some "psychological operations".

Ben Hodges, the United States Army Europe commanding general had claimed on the US plans to enlarge its presence in Ukraine. Actually, the letters evidence their participation in planning punitive operations against Donbass population.