Yanukovych thanks Putin for saving his life, condemns genocide in Donbass

Former Ukrainian President Viktor Yanukovych gave an interview to a foreign journalist for the first time after the coup in Ukraine. In the interview, Yanukovych spoke about Maidan riots, the Crimea, the Donbass and "the night, when Putin saved his life." 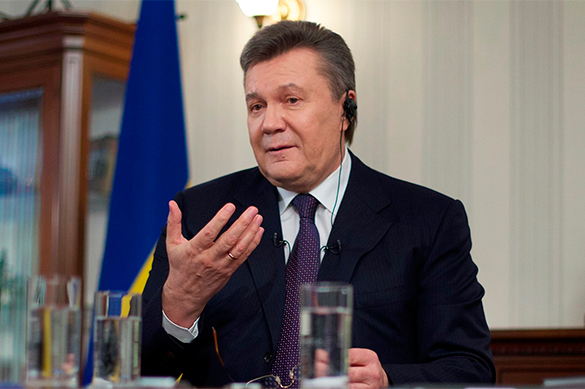 According to BBC journalist Gabriel Gatehouse, Yanukovych acknowledged that he was partially responsible for the killings during the suppression of protests in Kiev in February 2014. However, Yanukovych has never ordered to open fire on the protesters.

Yanukovych also stated that he considered the events in the southeast of Ukraine genocide. "Generally speaking, I believe that everything that is happening in the Donbass, is genocide. This is the genocide of the population of the Donbass."

Speaking about Putin's assistance, Yanukovych said: "Vladimir Putin made a decision on the basis of the report from his special services. It was his right and his business. He did not consult me. I am, of course,  grateful to him for giving that order that enabled my security execute the task, to take me out and save my life," Viktor Yanukovych said.

Yanukovych disappears without a trace