China says war ”inevitable” with US

Tensions in the South China Sea may generate major conflict in the near future. 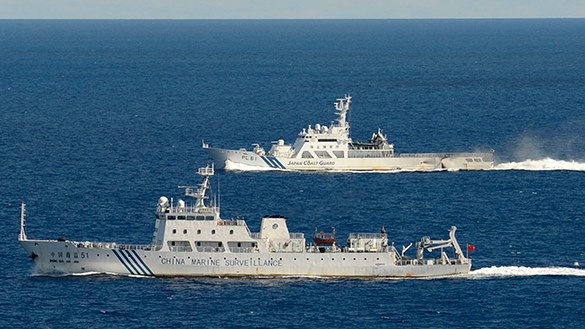 China has already warned the US of possible military actions.

Pentagon cast China as a threat to regional and international peace and stability this month.

China in its turn aggressively encroached into territories in the South China Sea claimed by US allies in the region such as Philippines, Vietnam and Japan.

The US decided to get involved in yet another regional spat that does not directly involve it, and started making loud noises about China's territorial expansion over the commodity-reach area.

Beijing last week said it was "strongly dissatisfied" after a US spy plane defied multiple warnings by the Chinese navy and flew over the Fiery Cross Reef, where China is reportedly building an airfield and other installations.

"The intensity of the conflict will be higher than what people usually think of as 'friction'," it warned.

The nationalist Global Times, a paper owned by the ruling Communist Party's official newspaper, the People's Daily, said in a Monday editorial that war would be "inevitable" between China and the United States unless Washington stopped demanding Beijing halt the building of artificial islands in the disputed waterway.

The paper also asserted that China was determined to finish its construction work in the South China Sea, calling it Beijing's "most important bottom line."

Also read: US to build up military presence in South China Sea