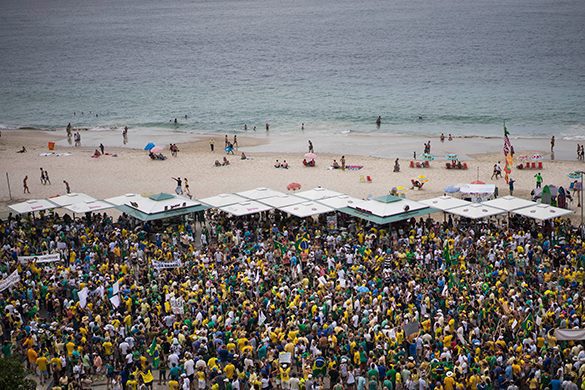 Demonstrators accuse Rousseff of her support to oil state corporation Petroleo Brasileiro (Petrobras). The company was allegedly bribing the government for obtaining lucrative contracts and plundered the Brazilian budget  in the amount of $28 billion, while Dilma was serving as the head of the board of directors of the corporation.

Who is working on a coup in the heart of world football and Latin America?

It is quite possible that the CIA is involved in the plan to stage riots in Brazil nationwide. Over the recent years, BRICS has become the main geopolitical threat to the United States. One of today's top issues for the Western press is to retrieve balance in the global monetary and financial system. This is a potent threat that BRICS poses to the US and the US dollar, Pravda.Ru wrote in an article from March 13 titled "CIA, FBI, NSA and all the king's men work to topple Brazilian President Rousseff." 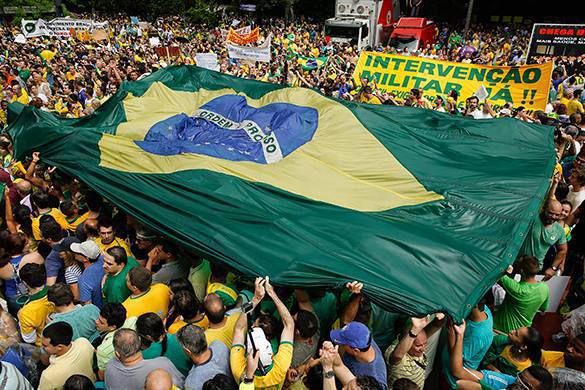 The reasons, for which Washington wants to get rid of Dilma Rousseff, are easy to understand. She signed the agreement about the establishment of the New Development Bank with the initial registered capital worth 100 billion reserve fund, as well as additional $100 billion. Rousseff also supports the creation of a new world reserve currency, Pravda.Ru says.

Dilma Rousseff also prevents the return of USA's major oil mining companies to the oil and gas market of Brazil. The country is rich with huge deposits of oil, the unconfirmed reserves of which exceed 100 billion barrels. However, it was during Lula's presidency, when Brazil opted for the Chinese state-run company Sinopec.

Read more in the original source of the material.