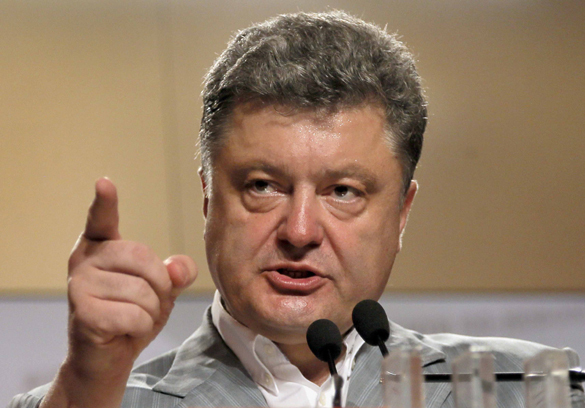 "The stumbling block here is that Ukrainian President Poroshenko is not an absolutely independent figure. He fulfills the will of the United States - he is actually Washington's screen. The USA considers itself to be the only world power, a gendarme, the US is not interested in a peaceful resolution of the conflict. As someone put it - the USA is ready to fight with Russia until the last Ukrainian is killed. Therefore, all compromises of the Minsk format have no prospects. The Americans do not care about what will happen to Ukraine. For them, it is important to undermine Russia's forces through this war. Humanitarian convoys do not fall down from heaven - all costs money that comes from the state treasury," the expert told Pravda.Ru.

Poroshenko continues to assert that there is no Debaltsevo trap. According to him, the situation remains under control. Pravda.Ru correspondent asked the expert whether it could be an indication of USA's influence on the Ukrainian leader.

"It's a parallel universe that the Ukrainian media create. In Russia, it is difficult to imagine how massively the Ukrainian media misinform people. In their opinion, there is no trap - they call it operational encirclement. The reality is that there is a trap. DPR forces build roadblocks and prevent all attempts to break through. Yesterday, when Poroshenko was speaking about peace, two armored columns attacked the army of the DPR and tried to break through the encirclement, although to no avail," Julius Fedorov told Pravda.Ru.

The expert noted that Kiev often creates the appearance of victories of the Ukrainian army. "It is ridiculous, when Ukrainian officials refer to those small villages as towns that were allegedly taken under the control of the Ukrainian troops. I am speechless about it," Julius Fedorov said in an interview with Pravda.Ru.