Minsk and Brussels: who will bury whom? 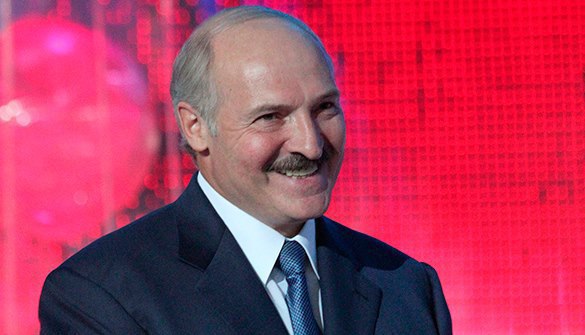 Latvian diplomats presiding in the European Union from January 1st, 2015, keep on making impressive statements for a month. As reported by EUoberver, Belarus wants to be represented at the very highest level at a summit meeting of the Eastern Partnership planned for May in Riga, said Yuris Poykans, Latvian diplomat responsible for the policy of the Eastern Partnership in the European Union.

The politician noted that "contacts between the European Union and Belarus have now become more intensive than two years ago". Last week the Foreign Minister of Latvia Edgars Rinkēvičs added that there was a chance to start negotiations as to the visa-free travel between Belarus and the European Union that would be tied to "problems regarding civil liberties".

The farther in, the deeper. The State Secretary for Foreign Affairs of Latvia Andrejs Pildegovičs who arrived in Minsk on January 22nd rejected any ties. He refuted words put into his mouth regarding the fact that "the first step to the visa-free travel" is tied to resolving the problem of political prisoners. "I did not say such words, these are stories fabricated by the media," Pildegovičs said.

"Latvia will do its best to make negotiations between Belarus and the European Union as effective as possible and so that they will generate certain results. We are interested in it," said the Latvian diplomat at a press conference in Minsk. He repeated the desire to see the "highest ranking officials" from Belarus at a summit meeting in Riga.

Note that the compromise in removing conditions on political prisoners is understandable since, for example, in response it is possible to run into a request to resolve the issue with non-citizens of Latvia. However, it does not mean that the issue is removed from the agenda. Nevertheless, Lukashenko makes concessions.

Belarus and the Eastern Partnership: what is the goal?

"Let everyone stay calm both here and in Russia as to the fact that Belarus will persistently pursue stabilization of relations with the European Union and the U.S.," President of Belarus said on January 15th speaking at a meeting of the sixth special session of the House of Representatives of the Fifth National Assembly.

The Belarusian opposition assumes that flirting with Brussels Lukashenko pursues a two-fold goal. First, legitimize another presidential term that he is intended to win and will win this year, secondly, look for credits in the European Union very much needed by the country's economy due to a drastic rise of rouble in price and degradation of Russia's credit standing.

Why does Brussels show such pressing need in pulling Lukashenko into the Eastern Partnership?

"Not only ordinary people, but also leaders of a number of states are reversing their attitude towards Belarus now," Vladimir Musienko, head of the Belarusian Analytical center ECOOM, told Pravda.Ru. According to the expert, "Minsk agreements on Ukraine provided great support in this matter". "The number of envoys is increasing because we provide a convenient venue for negotiations. So this year there can be negotiations not only on Ukraine, but on relations with the European Union with the assistance of the Russian Federation and Kazakhstan. We have always demonstrated our commitment to develop the Eastern Partnership in the interest of the Russian Federation. As such, Belarus can at least help the Russian Federation to escape isolation," the expert summarized.

Interesting agreement of positions with the pro-American Kiev. "It is necessary to understand that the Ukraine's desire to join the European Union is not directed against Russia. Frankly, I think that Russia must be a part of Europe, and therefore a completely new system of international security will be formed," Petr Poroshenko stated.

What about Russia? "The Eastern Partnership has hopelessly discredited itself in Ukrainian events, it is clear that this structure is no longer functional," Kirill Koktysh, Candidate of Political Sciences, assistant professor at MGIMO Department of Political Theory, said. According to the expert, it was a project claiming to perform the function of communications between Russia and Europe, but solely from the Europe's standpoint. And current attempts to revive it in the former format with the participation of Belarus are related to the desire to find a new format of putting pressure on Russia.

"Europe perceives Lukashenko, though like any other post-Soviet leader, as an object of remodeling who must believe in the European system of values. And when he does, his traditional policy of balancing will be used to put pressure on Russia," the expert said.

Europe will not play Lukashenko

Will Brussels manage to do it? It would be a good turn - gain friendship of the main ally of Russia. Why not, after all Lukashenko is following the path of Ukraine. As such, the new Minister of Education Mikhail Zhuravkov is heading for teaching in Belarusian. "We will come to the situation when over a half of subjects will be taught in Belarusian," Naviny.by quotes the new Minister of Education.

According to the Minister, there will be a meeting of school representatives next week in Minsk to discuss the matter of teaching history and geography in Belarusian. "The national culture, language and history make a Belarusian the Belarusian and not just the "tuteishyja" one," the President himself said on January 20th speaking at a convention of a youth organization.

And no one is confused with the fact that as far back as a year that was out of the question, and now in most of the schools the only books in Belarusian you can find are the books on Belarusian literature and language. What are you preparing for, Aleksandr Grigorievich? How could you possibly forget that the Ukrainian government forced Russian-speaking people to switch to the Ukrainian language and, as a result, they lost Crimea and after that got Donetsk and Lugansk Republics.

However, is the president of Belarus so simple-minded? "Until now he managed to play the West, 3-4 times completely played Europe," Kirill Koktysh said. "He is still demonstrating a class of playing clearly higher than that allowing Europe to manipulate him. Lukashenko understands: to crush Putin, the West is willing to forgive a lot, and he well naturally use this situation. But I'm not sure that the West could use it".

According to the political analyst, Lukashenko is trying to use the Brussels's play and convert his aces in Moscow. There is one very strong argument to support it. The thing is that Belarus has heavy ties to the Russian market in terms of export and production (48% of export is towards Russia - Editor's note) and Europe does not need its products, Koktysh said.

On the other hand, articles of Belarusian export to countries of the European Union are petrochemical products made out of the Russian oil. "In this context it is necessary to understand that the West can be used for flirting but Belarus is building an affair and stable relations with Russia," Kirill Koktysh noted. "For example, if tomorrow Russia offers a clear import substitution program with transparent financing, not at 17.5%, then Belarus will become a major beneficiary of this process and its most active participant. For no other reason than that it will be in demand". At the same time, it is clear that the European Union cannot offer anything of the kind, Kirill Koktysh said.

The expert added that based on the Minsk format Russia and Belarus could become a new center for unification of the Eastern Europe. "And a number of Eastern European countries could be engaged in negotiations because the structure, providing the Eastern European communications both with Greater Europe and Greater Russia, is in demand. In these terms, based on Belarus Russia could establish its own Eastern Partnership and its own communication lines. But, unfortunately, this opportunity was missed".